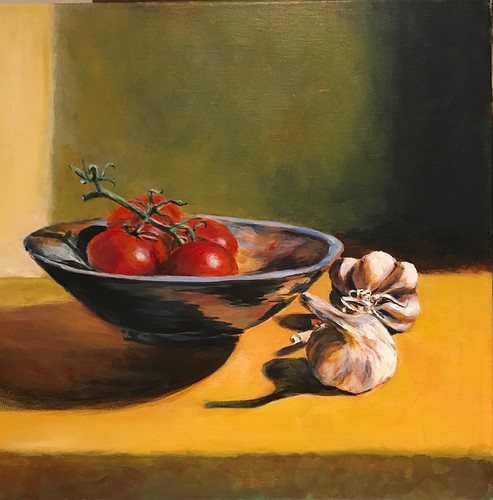 Terry Fitzgerald Garlic with a Bowl of Tomatoes 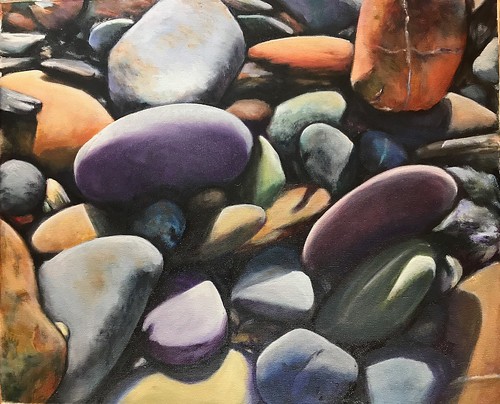 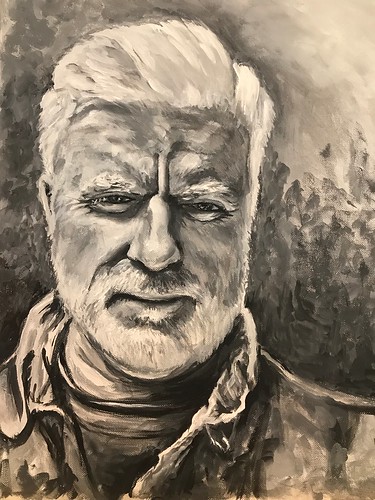 Terry Fitzgerald Off the Grid - Portrait of a businessman 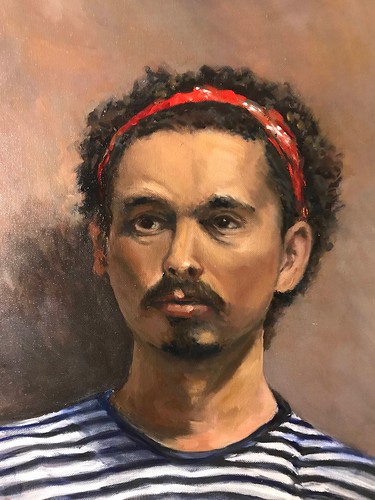 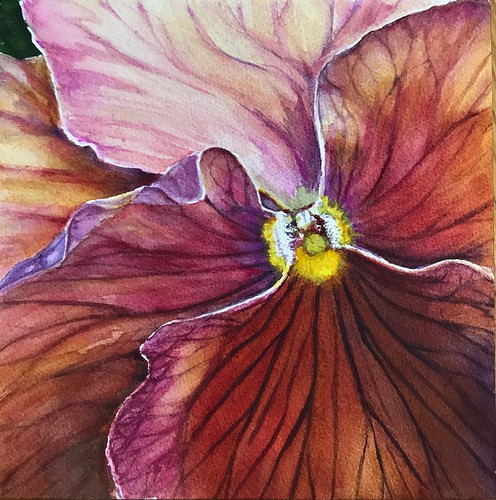 Open to Art week 22 features artist Terry Fitzgerald who exhibited in our Easter Snow Gallery in 2018.
Terry Fitzgerald is a self-taught watercolour artist based in Co. Louth. She grew up in central Pennsylvania, USA and came to Ireland 13 years ago after living in the Netherlands and England. Always interested in art, and more specifically watercolours, it was not until she joined an artist’s group in Co. Cork that her gift began to emerge.
"Since my exhibition at SEAC, I’ve started to explore other mediums rather than painting primarily in watercolour. I first started with acrylic and have since moved on to oils. I’ve taken a few portrait classes with Nicholas Benedict Robinson at the Schoolhouse for art in Wicklow.
At the start of the lock down I did very little painting and spent most of my time going for long walks on Baltray beach with my husband and dogs. After spending so much time with my family, I got inspired to do tonal portraits of husband and kids. Recently I’ve been working on a series of pebbles from images taken while walking on Baltray beach."