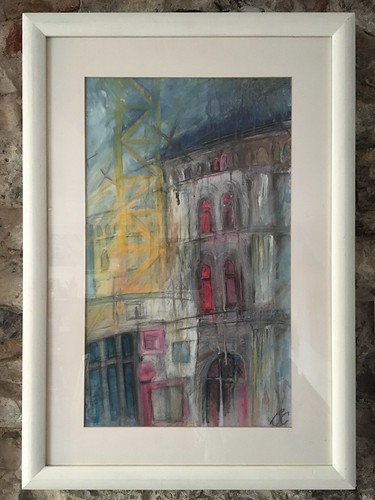 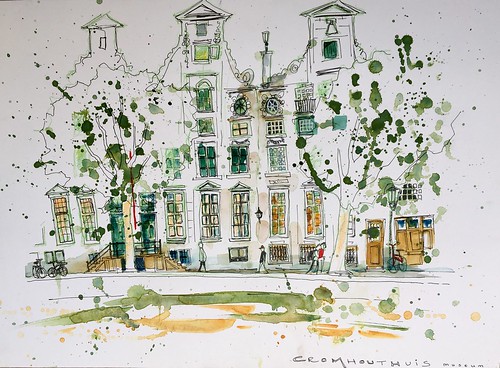 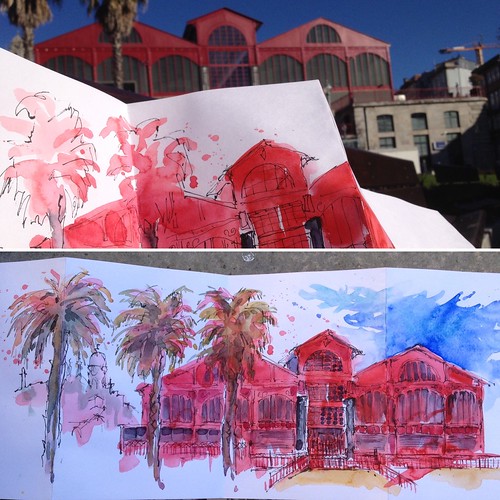 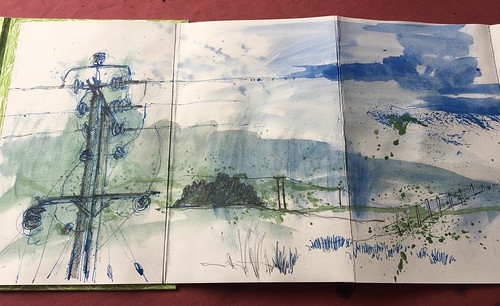 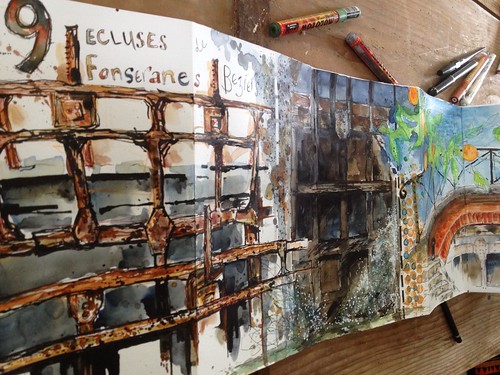 BARBARA CRAIG 20 BEZIERS NOT FOR SALE

Our 18th artist to be featured in Open to Art is Barbara Craig who exhibited here in 2015.
Artist Barbara Craig is known for her striking landscape work; bold paintings often influenced by the weather, of scenes captured in her mind’s eye whilst out enjoying a ramble. Originally trained as a fashion designer she has always loved to draw people and will jot down little sketches of folk and animals when out painting ‘plein aire’. Capturing instances of ordinary everyday life there is always humour in this work. Barbara often finds herself painting views and vignettes maybe considered by others as mundane but manages to introduce a quirky twist or a personal abstract way of looking at us and our environment.
Since exhibiting with us Barbara has moved to France and has more or less given up ‘proper painting’. “I made the move over to only working in sketchbooks, I’d always done a lot of preparation and ‘working out’ in sketchbooks prior to painting, but now my sketchbooks are just for me. A chronicle, a Carnet de Voyage as they are called in France, focusing mostly on the urban - Urban Sketching. Urban Sketchers (USk) is a worldwide group devoted to drawing, painting, on site, recording what you see. Often meeting in groups if you wish to be social. I have attached just one painting from work originally sketched in Belfast. The other pieces are from various locations, and I often work in accordion sketchbooks creating a continuous piece. Making my own sketchbooks is part of the fun too. And I love that it takes up much less space than painting!” - Barbara Craig.